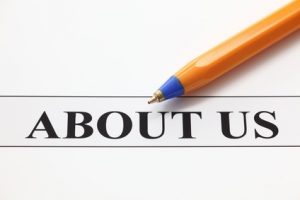 The firm was set up in late 2009 by Martin Gaffney. Before becoming a Solicitor, Martin spent 25 years in the construction and thermal insulation industry as a Contracts Manager and Company Director. He also supervised contracts for a range of clients in the textile, petrochemical and defence industries. Martin is also an experienced Heavy Goods Vehicle driver and Transport Manager.

Initially Martin was a sole practitioner working from the spare bedroom at home. However, work soon flourished and he had to move into other premises and also employed some people to assist him.

In Autumn 2011 Martin then took over the lease at the premises of Christopher Greaves Solicitors when he had to retire due to ill health. Since this time the firm has gone from strength to strength. In 2011 an office was opened in Ilkley and then a small office in Selby was opened in 2013.

In Spring 2014 Michelle Fieldhouse joined Martin at the firm also as a Director. Martin and Michelle share responsibility for the day to day running of the firm and managing the lawyers and support staff who provide the firms comprehensive legal services across its three offices.

In the Autumn of 2017 the firm moved its Rothwell office into new offices on Commercial Street in Rothwell. The site was previously the HSBC bank. This office was purposely adapted to provide better facilities for clients including two boardrooms, wheelchair accessible areas and disabled toilet. Together with the rare commodity of car parking at the rear of the premises.

We'd love to help you.

Find out about our

This website uses cookies to improve your experience while you navigate through the website. Out of these, the cookies that are categorized as necessary are stored on your browser as they are essential for the working of basic functionalities of the website. We also use third-party cookies that help us analyze and understand how you use this website. These cookies will be stored in your browser only with your consent. You also have the option to opt-out of these cookies. But opting out of some of these cookies may affect your browsing experience.
Necessary Always Enabled
Necessary cookies are absolutely essential for the website to function properly. This category only includes cookies that ensures basic functionalities and security features of the website. These cookies do not store any personal information.
Non-necessary
Any cookies that may not be particularly necessary for the website to function and is used specifically to collect user personal data via analytics, ads, other embedded contents are termed as non-necessary cookies. It is mandatory to procure user consent prior to running these cookies on your website.
SAVE & ACCEPT